Wakaboom: Once Upon A Time in Land Not So Far Away 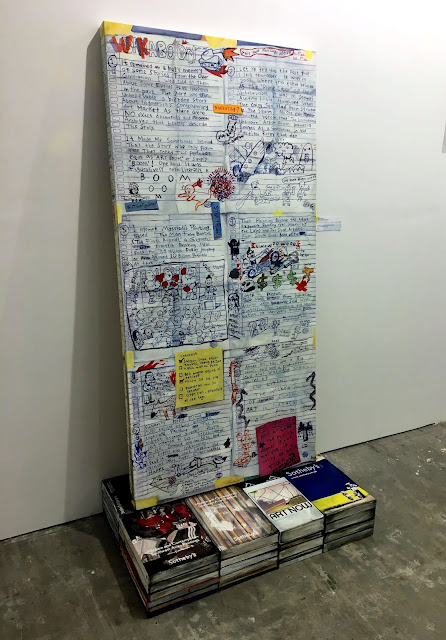 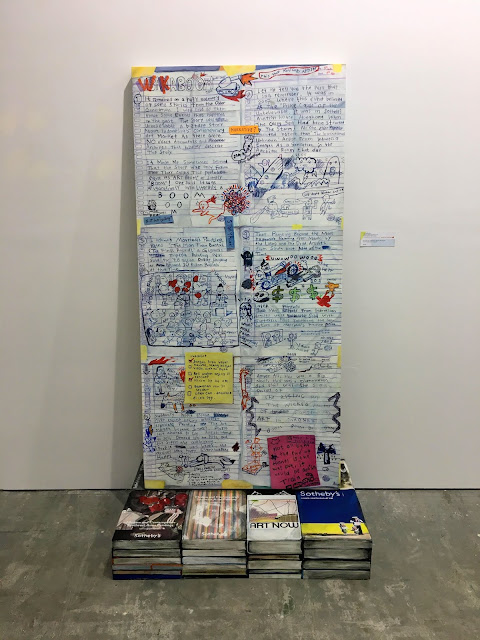 This work is a retelling of a period of the "art boom in Indonesia Contemporary Art Market," which is told with simple and narrative speech. utilizing children-like visual hand writing on striped notebooks, as an effort to tell important events of fine arts into a negligible story, instead of being an academic and empirical historian's notes.

For the work components, I also place paintings on pedestals that are painted similar to a collection of auction house's catalogs, as a humorous form of how the art boom was shaped by events at the auction house. In this first series, my work features an English-language story that tells narratively and freely about the sale of I Nyoman Masriadi's work entitled "The man from Bantul (The final round)" which at that time broke the auction record for a sold paintings in Southeast Asia, and became one of the triggers for the emergence of the art boom period in Indonesia.